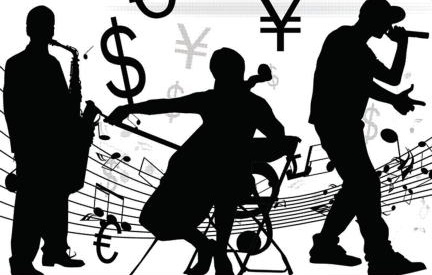 The economic analysis of music is at a crossroad. Digital innovations undermine the concepts of production deeply embedded in economics textbooks. Do we need a new production function? Can this be the SAD (serendipity, authenticity and drugs) production function extended to allow for the creation of value in the consumers’ subjective perceptions?

Economists interested in writing about music have tended to be music fans attempting to shoehorn their passion into their work. In days gone by, this would often lead to a fixation over how to get the masses to acquire the tastes necessary to overcome supposed market failure and thus appreciate ‘great’ art. Rapid technical change, in the current century, has thrown a lifeline to the musically minded economist in terms of getting other people interested. Piracy of physical media, downloading, p2p sharing and now streaming are things which should fascinate all economists. These innovations put music economics at the crossroads where participants must embrace uncertain new business models or seemingly perish. Are economists also at the crossroads where they must abandon the barrage of technical constructs in intermediate microeconomic texts which are still deeply rooted in ancient thought from the pre-digital production and distribution era? Or, can they adequately explore the new forks in the road with their existing tools?

The pivotal role of prices in allocating resources seems to be undermined. With this goes the seeming risk of economic anarchy in the collapse of markets. This was what big corporations and corporate rock acts, like Metallica, sought to have us believe in the early part of this century. In May 2015, Wired magazine ran a ‘takeover’ issue hosted by Skrillex in which the major front cover headline is ‘How Data Saved Music’. A picture of Skrillex , is accompanied by the bold claim that he does not care if huge numbers of people take his music without payment due to the revenues he can make derivative of his music/brand. The issues we seem to come down to then are whether attenuated property rights can be compensated for by branding and whether brands can be maintained by new digitally driven means of financing which can even embrace ‘glocalism’.

Consider the recording return of Australian ensemble ‘The Apartments’ (essentially one man Peter Walsh with friends) who ended very long hiatus with a new album ‘No Spell No Madrigal’ in 2015. This was crowd funded on the French website microcultures [see http://www.microcultures.fr/fr/project/view/no-song-no-spell-no-madrigal]. Accessing this site [on 7th May, 2015] gave outcomes shown in Table 1.

These show a successful attempt using relatively small contributions from interested consumers willing to pre-fund a desired work. This could, in principle, have been achieved in the pre-internet (or pre social medial) era but it would have been difficult and unlikely. A more detailed discussion of the more complex kickstarter.com campaign of virtuoso jazz-rock ensemble Led Bib in 2013 are shown in Cameron (2015, Table 5.2, p. 94). This highlights that crowdfunding may resemble to a large degree a tool of ‘pseudo cool’ marketing rather than a financing method as such. Part of this ‘pseudo cool’ can be that the money allows the artists to stretch out and pursue serendipity which bestows originality to the work. I now come to this point.

What about the actual production of music, as opposed to its creation and distribution? This is essential to create sustainable new brands to prevent the stranglehold of heritage work being exploited and creating barriers to entry. Traditional textbooks concentrate on labour, capital, natural resources and technology as factors of production. Industrial processes try to render the relationship between these precise and predictable. Revolutions in music making can potentially make music creation closer to this model. However there have been three conspicuous unpredictable elements which can be summarised in the SAD [Serendipity, authenticity and drugs] production function model [Cameron, 2015, pp.78-83]. We can use an equation such as:

It is unlikely that a typical mathematical form such as the Cobb-Douglas model would adequately capture the relationships here due to threshold effects, synergy and lexicographic relations which may vary across different production units. I shall defer from talking about drugs here. In general, they seem to be less prominent as a direct input to the production process now as opposed to merely recreational use.

Serendipity and authenticity are problematic in an organized market. On the surface, it is difficult to see how we can guarantee or induce supply. But we can go and look for them in different ways and we can, paradoxically, manufacture them by altering consumer perceptions.

The absence of apparent vocoding/dynamic pitch shifting on female vocal records, such as those by Adele is an instance of this outside of the personal details of the creator. Technology also facilitates ‘fake’ authenticity on such records, the obvious example being to exaggerate discernible breath taking by the singer using compression or even copy pasting breaths (which would otherwise be removed in the quest for manicured perfection) from takes on to other parts of the song.

Samuel Cameron is Professor of Economics at the University of Bradford and Co-Editor of the Journal of Cultural Economics.