By The Editorial Board

The international symposium organised by LabEx ICCA on the topic of “Cultural Policies. What’s new?” took place 30 – 31 January 2020 in Paris. Organised in 3 blocks, with 3 inspiring keynotes, 8 sessions, 39 authors, and over 70 discussants engaged in an stimulating exchange around cultural economics, cultural policy, and the future of arts, culture, and the creative industries.

The Editorial Board attended the symposium and presents a short summary. The symposium was opened by a keynote by David Hesmondhalgh, Professor of Media Music and Culture, School of Media and Communication, University of Leeds, entitled Video Screen Interfaces: New Modes of Power in the Cultural Industries. Hesmondhalgh presented his research on video and argued that video screen interfaces involve new dynamics of discoverability (finding content) and prominence (making content stand out). There is a decline of vertically arranged guides in electronic form to favour increasingly horizontally arrangement online. These are important issues for cultural policy because distribution (circulation) rather than production is the media locus of power and profit in the creative industries.

In fact, it is the video device companies that control the interface: smart TV manufacturers remain essential, and will continue to play a key role for decades to come. Video interfaces control what we see and how we see it, via e.g. recommendations, data sharing, deep linking (direct access to content), advertising, rivalry, and exclusion. These manufacturers strike deals with content providers (for services and content) in complex and opaque negotiations. There is a shift towards relatively new forms of automated recommendation, particularly personalised recommendation, based on browsing and viewing history as well as the personal profile of the consumer. The display of metrics also contributes to new and hegemonic space of social appearances to be built, such as number of views, likes and dislikes, user ratings, IMDB ratings on Amazon Prime Video.

Hesmondhalgh proposed a series of measures to limit the circulation power of these new intermediaries: (1) to ensure services and content are disable via platform search engines; (2) to apply expectations of transparency of paid prioritisation such as in TV; (3) to requires preloading and paid positioning identified; (4) to ensure that devices cannot deliberately exclude or deprioritize particular services; (5) to set guidelines to adjudicate exclusion; and (6) to require metrics to be accurate, and audits to be provided of information displayed.

The presentation of Hesmondhalgh was largely based on The Cultural Industries, Did Digitalisation Democratise the Media Industries? and Video Screen Interfaces as New Sites of Media Circulation Power.

The second keynote by Lluis Bonet, Professor of Applied Economy, Director of the Cultural Management Program, University of Barcelona,  was entitled Public policies for the Arts, Comparing cultural policies in the intersection between liberal and illiberal democracies. Bonet presented three conceptual regimes: liberal democracies, totalitarian regimes, and iliberal democracies. He then made a comparison based on 5 key groups of variables regarding political system, respect to human and cultural rights, cultural governance, cultural frame and cultural strategies across Europe, to ask the question: what drives growth of authoritarian iliberal democracies? Noticeable was the growing cultural spending of Hungary and Poland, driven by fears of the perverse effects of globalisation, heightened by financial crisis, refugees, and terrorist events, but also by the building of a national identity and by populist tactics for the redistribution of power.

Bonet noticed that national culture is still an artificial construction, even if it includes a notion of diversity. The main trends identified are: an exclusionary definition of culture, legal and economic coercive mechanisms to enforce it, and the existence of subaltern mechanisms exercised by other political actors. Future analysis was proposed to include participation, in terms of being a form of legitimization and/or segregation; as a tool to strengthen the feeling of clan- belonging and to ensure loyal clienteles instead of a tool for building capacities and critical empowerment; and the potential spaces of freedom and citizen opposition through artistic and participatory projects.

These ideas are further developed in Bonets publications The Participative Turn in Cultural Policy: Paradigms, Models, Contexts (with Negrier), Cultural policies in illiberal democracies: A new conceptual framework based on two European national government experiences (with Zamorano and under review), and Breaking the Fourth Wall. Proactive Audiences in the Performing Arts (with Negrier).

The third and last keynote was by Morag Shiach, Professor of Cultural History, Network: QMUL Centre for the Creative and Cultural Economy, Queen Mary University of London  entitled A ‘sector deal’ and a creative precariat: shaping creative economy policy in the UK. Shiach asked herself if it is possible to assess cultural policies? Which indicators are relevant? Can we reconcile speeches and action? And is it relevant that Soft power and cultural diversity are often mentioned as being at the heart of international cultural policies?

The question of revitalization of territories by tourism, at the risk of gentrification, is raised in many countries. Can we answer to this challenge? Should we finally worry about attempts to instrumentalize cultural policy? Can it disappear behind politics? Should we fear the propensity to put the economy at the heart of the discourse about the legitimacy of cultural policies?

The three sets of parallel sessions provided great inspiration and discussion by a total of  39 authors and 70 participants.

The Parallel sessions 1.1 Cultural policies. What for? included a presentation of the Value Based Approached by Youn Sun Won and Arjo Klamer, from the Erasmus University Rotterdam entitled Understanding a commons in the creative economy. They identified that it is not about consumption of CH but about participation, interaction, and the fact that resources are made through interactions.

The Parallel session 1.2 on International comparisons included a presentation by Karina Poli Lima da Cunha, University of São Paulo. Lima da Cunha applied the framework of Culture 1.0 about excellence, culture 2.0 about inclusion, and culture 3.0 about economic development to analyse the cultural and innovation production subfields in the UK and Brazilian cultural policy. Arjo Klamer, Mariangela Lavanga, Ellen Loots and Anna Mignosa, Erasmus University Rotterdam presented on the international Policies for craft, noting the challenge to define the difference between crafts and design while considering the emerging influence of technology. Crafts can be associated to intangible heritage or to creative industries, defining funding, preservation policies and Ministry (regulating) involved.

The Parallel session 2.2 on Digitization and culture included a presentation by François Moreau, Université Paris 13 and Marianne Lumeau, Université d’Angers on the Streaming and local content. Their analysis included a comparison of streaming of French content and international content, as well as streaming and downloading. Their results point at the increasingly obscure role of the algorithms recommending content in streaming services. Trilce Navarrete, Erasmus University Rotterdam, presented emerging forms of reuse of digital museum collections to discuss the implications of emerging networks of use as well as the noticeably independent private reuse (museums are not aware or remunerated – does it matter?). Navarrete argued that museums provide the digital infrastructure of content that feeds the global information economy.

Parallel session 3.1 on Sectoral approach (2). Heritage and museums included a presentation by François Mairesse, Université Sorbonne Nouvelle – Paris 3 on the development of French (and western) policies of culture shifting from collection preservation to social activism. Marie Ballarini, Université Sorbonne Nouvelle – Paris 3 and Marek Prokupek, LabEx ICCA, presented preliminary results on a comparative study of European policies for ethical fundraising in museums. They have identified the tobacco, alcohol, other energy sectors, and fuel have a negative reputation and museums qualify them as ‘unethical’ sources of financing, followed by fossil fueled and arms. Ballarini and Prokupek raised an important question: Is the acceptance of funds decision based on ethics or based on public relations and institutional image? Ilde Rizzo, Professor, University of Catania, presented her perspective on behaviourally informed heritage policies: challenges and perspectives.

The full program is available here.

The symposium was organised by Francoise Benhamou. 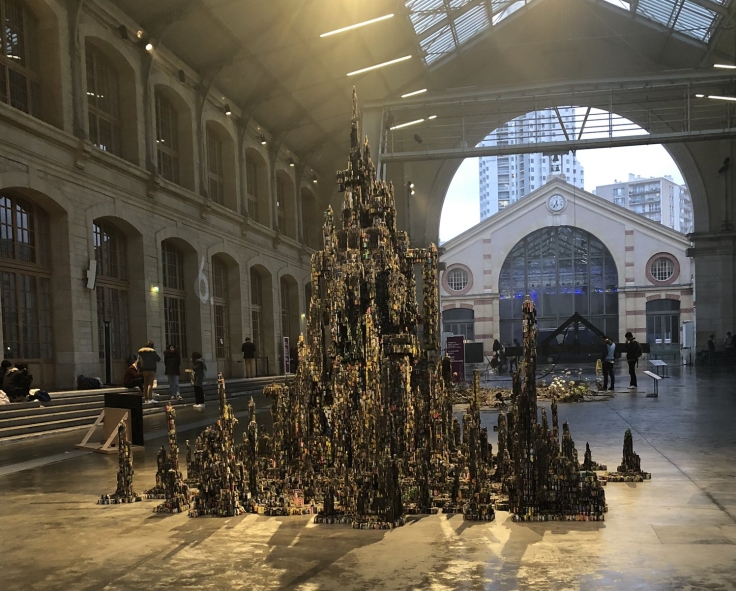