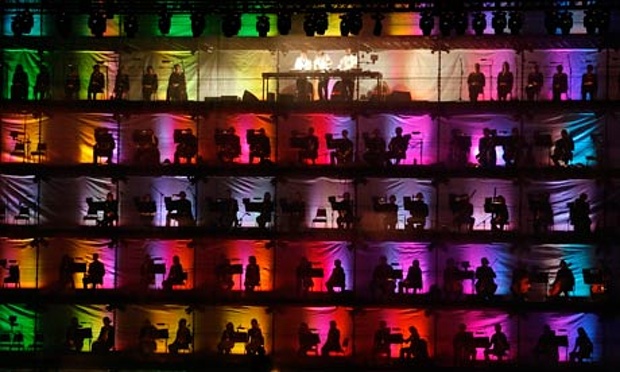 Does hosting the prestigious European Capital of Culture event influence the life satisfaction of the local population? We find a negative effect on the well-being of the regional population during the event. Better educated people suffer less as they benefit from the extended cultural supply.

Founded in 1985, the European Capitals of Culture (ECOC) is the most prestigious and popular European cultural event. All ECOC projects require large investments by public authorities. For mega-events, such major public subsidies are usually justified with economic multiplier effects or externalities. However, the abundant literature on hosting major sport events has, at best, shown negligible economic benefits for mega-events. Mega-events may lead to problems especially for people with low incomes, exacerbating social problems and tending to deepen existing divides among residents.

What really matters for an economic evaluation is the total effect on social welfare. Life satisfaction or subjective well-being (SWB) has been found to be a valid proxy for utility as used in economic theory. Hosting an ECOC may impact life satisfaction in various ways. First of all ECOCs comprise a broad scale and scope of cultural events. The most prominent sectors are theater, visual arts, music, street parades and other open-air events, heritage and history, as well as architecture. Traditional, classical, contemporary and modern forms of art are displayed. The cities try to reach a wide audience and to increase participation in culture by conducting projects in public spaces, and holding many festivities, parades and open-air events. A large number of free events are offered. In some cities this event has led to substantial improvements of public spaces and public transportation systems, as well as urban renewal. A positive impact on life satisfaction may also result from the creation of additional jobs and the availability of new customers for businesses. On the negative side, building sites may generate unpleasant noise and make traveling to work more difficult. Also, the influx of tourists might cause some people to be less satisfied with life due to congestion in public transport, additional disruptions, littering or increased crime. Housing prices may also rise. The life satisfaction approach allows individuals to integrate and value the relative importance of such effects. In line with much of the literature on SWB, we use the Life Satisfaction Approach based on national and international surveys, where respondents are asked to provide an assessment of their overall satisfaction with life.

Using the ECOC event allows us to analyze the exogenous increase in the supply of culture in combination with the measurement of regional life satisfaction. In our study we use data from ‘The Mannheim Eurobarometer Trend File 1970 – 2002’. The final dataset includes 14 nations and 24 ECOC.

Advanced statistical techniques (difference-in-difference-estimations) confirm the size of the effect: When a region hosts an ECOC, the life satisfaction of the local population decreases roughly by 0.09 on the four-point scale. The size of the effect equals one fourth of the effect of being unemployed (compared to having employment) and thus is quite sizeable. Possible explanations for this decrease the increased number of tourists causes noise, disturbance, overcrowding of public places and overcrowding of means of transportation thus pushing up prices. The re-allocation of public funds towards activities connected with the event taking place does not necessarily reflect the preferences of the local population. Rents and house prices may rise, negatively affecting people with low incomes living in these areas.

If cities with a lower average happiness are nominated by the ECOC selection committee, the previous results might be biased. We therefore identify the average happiness 4 years before hosting the event. We also look at the 2 years following the event to check whether hosting an ECOC has a legacy effect on the average life satisfaction of the local population. We do not find that the ECOC are hosted in regions that were already unhappier before the event or before the nomination took place. On the other hand there are no positive (or negative) legacy effects on the average happiness of the local population in the aftermath of the event.

Previous economic studies concerning the ECOC focused on single economic indicators, such as tourism, construction or government spending, disregarding substitution effects or the crowding out of private investment. We use the more comprehensive Life Satisfaction Approach, where each individual implicitly weighs the relative importance of advantages and disadvantages of hosting an ECOC. All our estimates suggest a significant negative impact on the individual life satisfaction of the local population during the year in which the ECOC is hosted.

Dissatisfaction during the event may be due to the high levels of public expenditure, increases in housing prices and criminality, disruptions through building sites and the influx of tourists in connection with the hosting of this mega-event. Many of these negative effects are likely to fall to a substantial amount on lower education/income groups. A possible increase in life satisfaction of higher income persons due to the cultural event may be overshadowed by the loss of lower income groups, especially because losses in life satisfaction loom larger than gains.

Lasse Steiner, CREMA – Center for Research in Economics, Management and the Arts, Switzerland