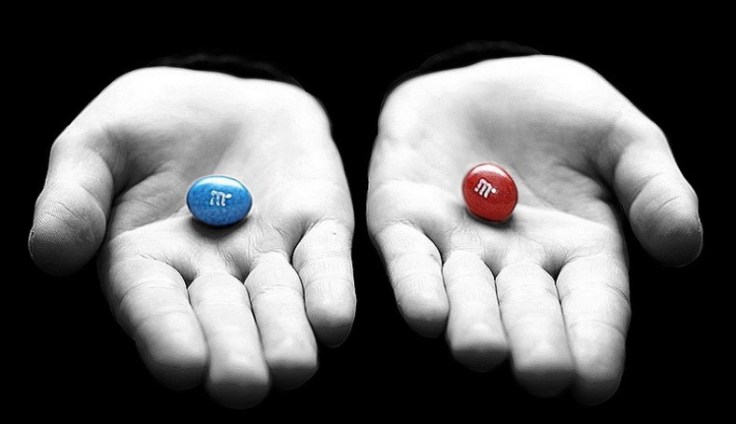 In cultural economics, so-called economic impact studies have been (and still are) the most common method for assessing the economic impact and value of cultural events over the past four decades since the pioneering study of Cwi and Lyall (1977). They have raised numerous debates, in both a positive and negative sense, and arose and flourished starting from the 1970s in the USA.

In a positive sense, such studies have primarily been applied to estimate “tangible” economic indicators (i.e. GDP, employment and tax revenue), bringing greater awareness of the economic importance of culture. Conversely, in a negative sense, some authors (in particular, Seaman 1987, 2003, 2006, 2012) pointed out a number of problems that these studies almost inevitably bear, like exaggerations in attributing all spending only to the impact of a cultural event, inappropriate use of multiplier analysis, ignorance of other values which are embedded with the cultural events and non-consideration of the opportunity costs. In recent years, it has almost become a cultural economist hobby to ‘‘make an own critique’’ of the impact studies (see e.g. Frey, 2005).

However, in cultural economics no consensus has emerged on the suitability of the impact studies. Above all, the last decades have been characterized by increasing attention being paid to the contingent valuation method (a survey-based method, estimating preferences of individuals for a given change in the level of public good) as an appropriate alternative to impact studies. Contingent valuation itself suffers from diverse criticism, which is particularly directed at its hypothetical nature and a number of other biases that can, if ignored, highly undermine the results.

As contingent valuation only assesses the microeconomic aspects of an event, i.e., preferences of individuals, it is consequently not able to provide answers to the very simple questions that economists (in the classical sense) are usually most interested in:

To respond to such kind of questions properly, in our analysis we used a third method, which eliminates most of the shortcomings of the previous ones. It is commonly named ex-post econometric verification in sports economics, where it has been frequently used since the pioneering article by Baade and Dye (1988), but for some reason has not found its way into usage in cultural economics. With this method, the verification of economic effects generated by economic impact studies is made after the event takes place using available secondary statistical data, trying to estimate the size of the “blip“ (Gergaud and Ginsburgh, 2013) the event causes in its environment.

We used the method to estimate effects of European Capital of Culture (ECoC) Maribor 2012 on local tourism and employment, using the general statistical data from the Statistical Office of the Republic of Slovenia (SORS) for Slovenian municipalities, including both those who were “treated” i.e., involved in the project (the six partner cities: Maribor, Murska Sobota, Novo Mesto, Ptuj, Slovenj Gradec and Velenje), as well as the cities who did not participate. We used a simple difference-in-differences analysis, where the six municipalities belonged to the treatment group and all the others to the control group. 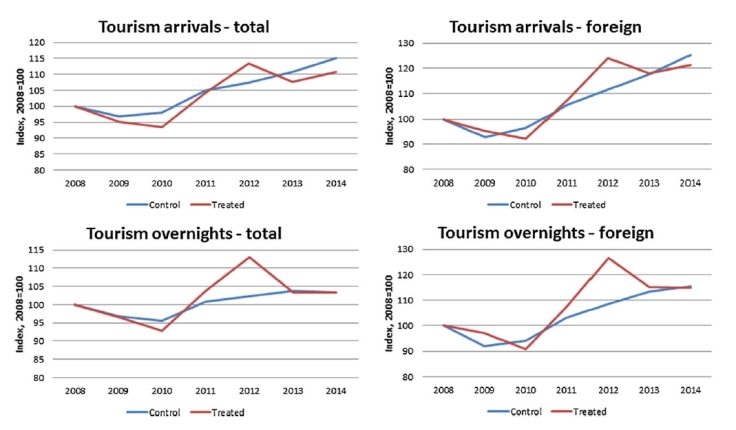 The results showed that differences exist in ex-ante multiplier analysis and ex-post econometric verification results, although not on such a level as sometimes observed in sport economic studies. Those differences cannot be observed so much for the tourism figures where we found significant and positive effects with large heterogeneity among the cities (being present only in Maribor), but can certainly be observed for the effects on employment. In fact, whereas the economic impact study predicted large positive effects, the ex-post analysis pointed to an even negative and significant effect for the city of Maribor. In our analysis, we attributed this to the problems of the financial crisis. To the extent that these other negative factors outweigh the positive effects of the 2012 ECoC, the apparent contradiction between the ex-post and the ex-ante results is muted, providing ground for relativizing of the findings.

We conclude by reflection of state-of-the-art of economic impact studies in culture and the arts. It is our opinion that the proposed method is able to solve most of the conundrums faced at present – even more, if this method will not be able to solve them, likely no other can… There seem many ways to extend the analysis and method. Seaman and Price-Elton (2016) proposed methodological extension to recent advances in econometric causal inference, like synthetic control methods. Second, we significantly extended the method in an own recent contribution, modelling the treatment effects controlling for spatio-temporal effects, being able to control for the large pressing issue of the presence of rival events in the same city or region. Bayesian approaches would seem natural to strenghten the evidence in the field. Finally, extensions to include qualitative methods, combination with more “classical” (multiplier-based) impact studies and contingent valuation, or even life-satisfaction approach would be able to provide more robustness to the development of the field.